Come Home to real Fire, The cottage in Wales.

One, two, everybody breathe in

Probably inspired by Bron-y-aur Stomp off Led Zeppelin 3, where the Zeps had rented a house in Wales to rehearse in and so named the afore mentioned track after it, French Lessons did the same. They rented a Welsh mansion to spend a weekend on concentrated rehearsal for the Radio City Battle of the Bands, which was to go out live on air on a Saturday night. The cottage needed to be out of the way and with no neighbours—it certainly ticked both those boxes. However, it was just a tad smaller than would have been ideal.

Let us show you the Rehearsal Suite, now it was en suite with bath and bog but……………… 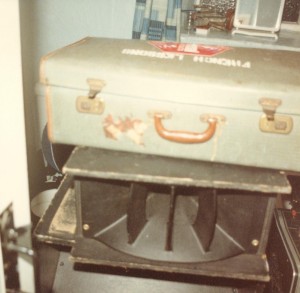 What you see here is a cables case on top of the PA and to the left, just about, is the bog. 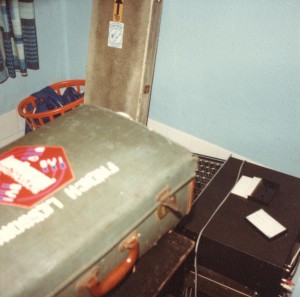 The guitar case in the next picture is in the bath and you can just about spot the mixing desk. 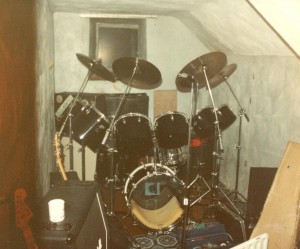 Fitting neatly betwixt the two walls is The Kit. There’s no obvious way of gaining access to the drum stool though. Once you’re in there’s no getting out—and you can’t get at the bog anyway. 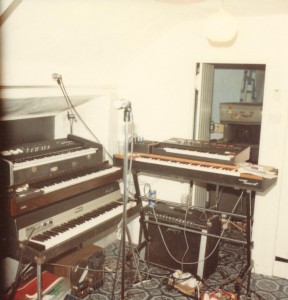 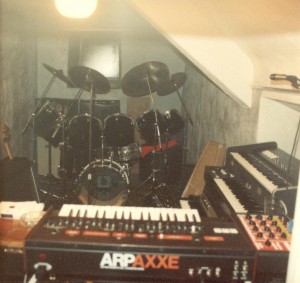 The Keyboard Bay, as was, with a D6 Clavinet Rob lent out about 15 years ago and hasn’t seen since. He now remembers loaning it, and now remembers who borrowed it; you should expect the call. Actually, there is a Crumar Stringman in the shot which he sold to the Dick Smith Band (later The Other Side) which was never paid for. Last time he saw those two reprobates was in the swimming pool at the Watford Hilton. That was a shock for them. They were cutting some demos for somebody, probably with his Stringman. There is a Korg CX3 he still uses today—cause you can’t get better—except maybe that Nord thing. The CX3 appeared on a couple of Nightwing albums skilfully piloted by Kenny. The Fender Rhodes is still in Rob’s garage. Anybody want to buy it?

Kit and Keys: the rest of the stuff piled up on top of itself just out of shot. All the French Lessons back line and rig appeared in the film Letter to Bresnief, non of the band appeared in the final cut but all the gear did, life can be cruel.

Doug and a cuppa: Keith can’t get out & Ronnie elbows Mo (that’s the best we can do for an action shot). 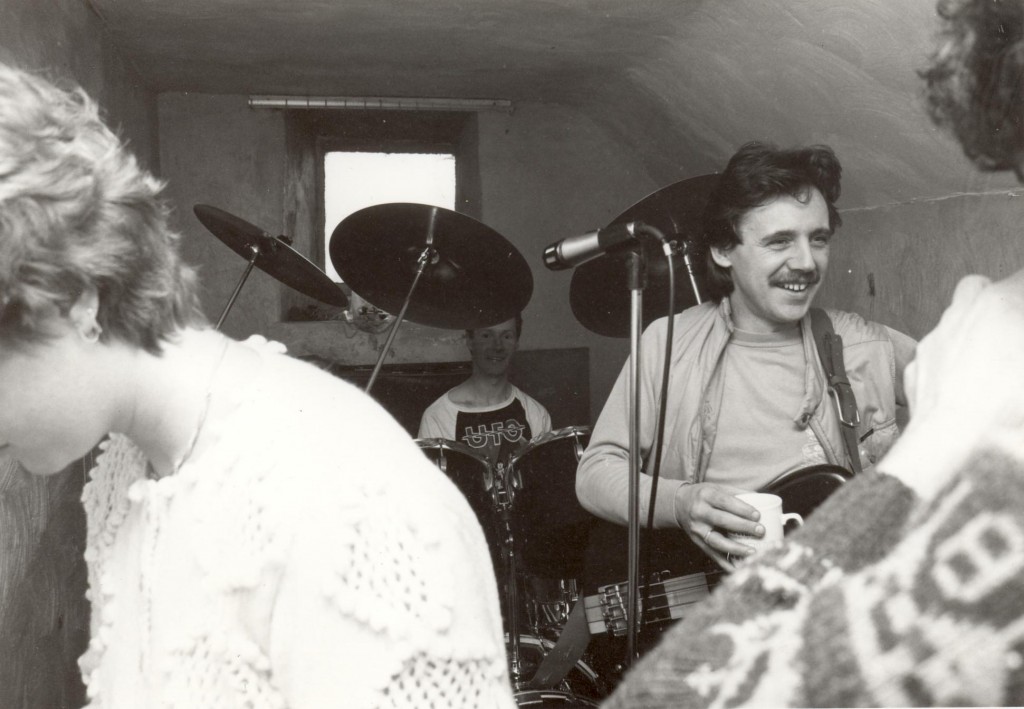 Doug and a cuppa